Today I am back to talk about another book, Star Wars: Tarkin, written by James Luceno. This book is very different from any Star Wars book I’ve ever read. Usually, the stories I read are centered around the good guys, characters that inspire you, and who you can empathize with pretty easily. This book, however, centers on a cold, brilliant, Imperial. Wilhuff Tarkin isn’t my very least-favorite character, that spot has always been for the real evil characters, the manipulators, who corrupt those who may have otherwise been decent people. But Tarkin has still always seemed kind of bland to me. Smarter than most Imperials, but still stone-faced, impeccably clothed, and well, kind of boring. Not to mention cruel. So the questions I had when I started it were: “Will this book help me see Tarkin as more of a complex character? Will understanding him make me dislike him any less?”

Slight spoilers follow for Tarkin – More plot details than you might get from a summary, but not enough to spoil the whole book.

Tarkin by James Luceno on Amazon.

“James Luceno is the New York Times bestselling author of the Star Wars novels Darth Plagueis, Millennium Falcon, Dark Lord: The Rise of Darth Vader, Cloak of Deception, and Labyrinth of Evil. He lives with his wife in Annapolis, Maryland.”

“Under Governor Wilhuff Tarkin’s guidance, an ultimate weapon of unparalleled destruction— the so-called Death Star— moves ever closer to becoming a terrifying reality. Until then, insurgency remains a genuine threat. Guerrilla attacks by an elusive band of freedom fighters must be countered with swift and brutal action— a mission the Emperor entrusts to his most formidable agents: Darth Vader, the fearsome new Sith enforcer, and Tarkin, whose tactical cunning and cold-blooded efficiency will pave the way for the Empire’s supremacy—and its enemies’ extinction.”

While this is mainly what the book is about, Tarkin and Vader trying to catch a group of insurgents during 14 BBY, a good bit of the book also consists of flashbacks to Tarkin’s past. The switch between the past and the present may be confusing for some people, but it’s usually easy to tell when you’re reading something at the present time.

The main character the book focuses on is… wait for it… Tarkin.

As previously stated, he is not a character I am particularly interested in, but as a Star Wars nerd, I love learning as much about that galaxy as possible.

Tarkin stayed very much in-character throughout the book, grim, calculating, and efficient. As I read his lines, I could hear his voice in my head. But the book also did a great job of showing different sides of him and revealing more about the character, which was the main purpose this book was written for. The most surprising to me was his sense of dry humor, which now that I think about it, you can see a little bit in A New Hope. His flashbacks reveal a lot of his history, from the time he was nine years old up until the present. They explain how he met and become friends with Sheev Palpatine, what he did before entering politics, and most importantly, they explain exactly how he came to view the people of the galaxy the way he does: As inferiors who must be ruled by fear. The lessons he learned in the wild of his home-world Eriadu he uses as his strategies for outsmarting his enemies. Although I understand the character of Tarkin much better now, he is no more likable in my eyes – even though who he became is partly because of bad influences, he didn’t seem to try to resist what they taught him or stop to realize the morality of his actions. Besides, I don’t think the purpose of this book was to make people love Tarkin or make him seem like a good character. It was just supposed to help you understand how he got to the point where he was able to destroy an entire planet without so much as blinking.

After learning so much about Tarkin’s backstory, it made me curious what other Imperial or First Order leaders’ histories looked like, and if they were similar. We know that both Thrawn and Phasma had to survive in the harsh wilderness for at least some of their life, where they would have come to view the world the way Tarkin did. They would certainly have observed the food chain and learned what it took to be on the top, to strike down those who opposed you and make the rest fear you. But the same could be said of characters like Ezra Bridger, Rey, and Han Solo (at first anyway,) who spent years having to fend for themselves in the world. Yet they remained kind and made the choice not to always look out for themselves as number one. So the thing I learned most from this book is: It doesn’t really matter what your past looks like, who you are is always a product of your choices and character. Though this still won’t stop me from feeling bad for characters who have lost their way, because it’s still awful when people’s choices lead them to destruction. 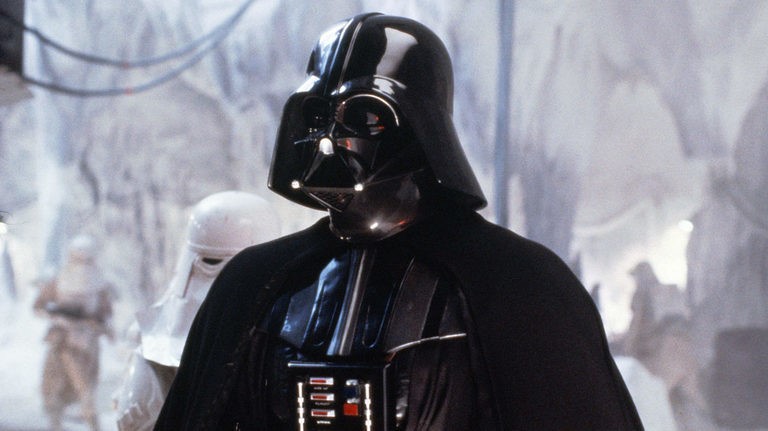 Not all leaders of the Empire came from the top. Anakin has been a slave, he knew what it felt like to be on the other end of someone’s ambition to be superior, yet he still ended up becoming a cruel tyrant for many years. Vader is another main character in this book, sent to help Tarkin with finding the root of resistance because the Emperor wanted to see how well he and Tarkin would work together. While reading, I tried to keep in mind that it was the same person who used to be Anakin Skywalker behind the dark mask and getting a close look at him enslaved to another master far worse than Watto made my heart hurt.

When all the characters are evil, it’s very hard to be drawn into the story, to really care about what’s happening, especially when you already know the characters’ fates. I think the author realized that, and about mid-way through the book, we get to meet the crew of insurgents. That was the point I really became interested in the plot. The group is made up of six main people, two humans, a Mon Calamari, a Gotal, a Koorivar, and a Zygerrian. Their ability to joke under pressure, their friendly bickering, and their obvious Rebel hearts made me think of them as an Iron Squadron type team, but slightly older. They all have different talents and backstories that make them even more fascinating, and I really wish there was more information or stories about them out there. In short, I became very attached to this crew over the rest of the book.

I’m going to be honest, the first ten or so chapters were a struggle to get through. Because the main character is #1- Hard to care about, and #2 – Doesn’t participate first hand in the action, getting into the book is difficult at first. By doesn’t participate in the action, I mean that when there’s a battle going on at the beginning, Tarkin isn’t in a ship flying into it, he’s giving orders from one not entirely in the fight. It’s just a harder perspective to get excited from – think if the Battle of Yavin was experienced completely from the view of those on the ground on Yavin IV. But once we meet the group of dissenters, it becomes a suspenseful game of who can stay one step ahead of the other. Very similar to things that happened in season 3 of Star Wars: Rebels. The conclusion tied everything together nicely, though it wasn’t very unexpected. It also left me super curious about the fate of one character in particular, and now I’m really trying to figure out what I think happened after the book ended. Some of the plot seemed a little unnecessary, like the fact that the whole first chapter was pretty much just a droid talking to a Tarkin about his new uniform. Though that chapter did include the line, “I simply want a uniform that fits, especially the boots,” which seems like a reference to the fact that actor Peter Cushing’s boots were too tight while filming A New Hope, and he was shot waist-up whenever possible while wearing slippers.

One thing I really liked is the compatibility with everything that was added with Rogue One and the book Catalyst. Which is probably due to the fact that James Luceno wrote both books and made sure what he had established about the construction of the Death Star stayed consistent. There were also things mentioned that tied to things that happened in The Clone Wars, as well as some things that pointed forward to Star Wars: Rebels, and A New Hope. I like stuff like that, that ties all the different corners of the galaxy together to really make it seem real.

As with most Star Wars books that aren’t specifically for children, Tarkin did contain five instances of A New Hope-level swearing, as well as a sentence saying a character made an “obscene hand gesture.”

By the time I finished it, I had enjoyed it more than I expected to, and it definitely gave me new insight into Tarkin’s character, as well as Vader’s, and the Emperor’s. Though I still didn’t enjoy it as much as the rest of the Star Wars books I’ve read, that is because of the character it focuses on, not because of the writing. So I think I’ll give this book three out of five stars.

Random Note: Did any of you know that Chancellor Valorum’s first name is Finis? Because I had no idea.

All photos are from StarWars.com.

This article was written by Audrey L., Staff Blogger for The Elven Padawan, and first appeared on ElvenPadawan.com

Have you ever read Star Wars: Tarkin? Who is your favorite Star Wars villain?