I love to read. I love to read many different kinds of books, from many different genres. But when I look at the shelf that holds my most-loved books, nearly all of them come from the fantasy genre. Filled with exciting stories of Hobbits, rabbits, and elves, even just glancing at the covers is enough to make me smile and feel excited. The heroes in these stories encourage me on bad days and cause me to be more determined on good ones. If fantasy didn’t exist, I’m sure I would still love to read, but until I started reading these types of books, I didn’t recognize how much impact characters and stories could have on people’s lives, for good or bad. Today, I am going to share the reasons fantasy is my favorite type of story to read. 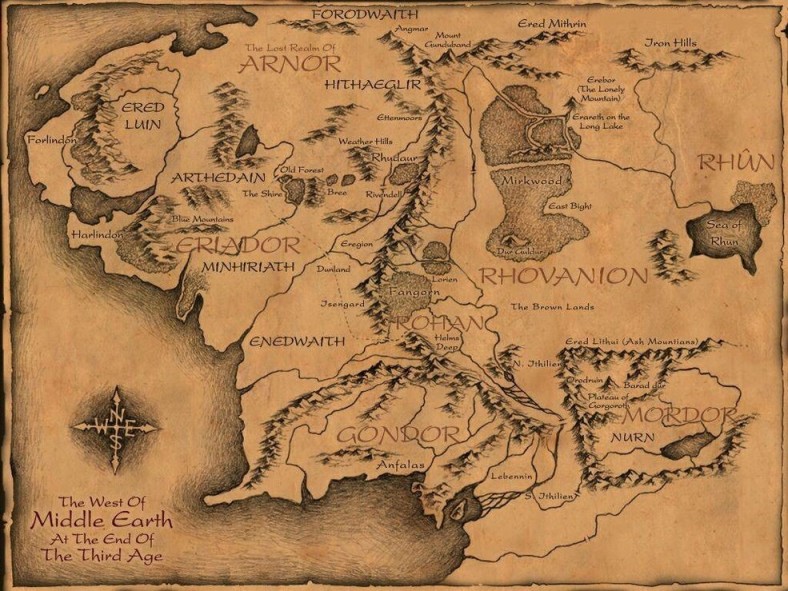 They Take Place in a Different World

While each series is unique, the one thing all my favorite fantasy stories have in common is that they all take place at least partially in another world. It’s not typically a modern world, with cars, phones, and other modern “conveniences”, but a much simpler one. One that I’ve never been in or seen. It feels so huge and exciting to imagine another place is out there. Trying to figure out how a new world works is one of my favorite parts of entering a new fandom. Can animals talk? Do people have different powers? What kinds of races and creatures exist here? The history of the world is entirely different, the rules are different, the way everything works has changed. It pulls me out of the familiarity of earth and sets me on an adventure simply by arriving there. Often times after I finish a series, I’ll wish I could really travel to the world. Sadly, my closet does not have access to Narnia. But as C.S. Lewis said: “If we find ourselves with a desire that nothing in this world can satisfy, the most probable explanation is that we were made for another world.” By waking up the desire we have to be a part of something beyond us, to experience amazing things and be filled with awe, fantasy stories remind us that this world is not all there is. I know that this world is not my home, and reading these kinds of stories helps me not lose sight of that, as well as gives me joy as they give me a tiny glimpse of what it will be like to arrive at the Place I’ve always been longing for.

They Are Filled With Adventure

The plots of fantasy stories usually center around a journey or a battle of some kind. A kingdom or world is at stake. The plot doesn’t focus completely on friendship or family struggles, romance, or characters trying to achieve things that only affect themselves. They contain risk. The characters try to reach a goal that is bigger than themselves and often affects the entire world they’re in. (And sometimes even extends to a world they’re not.) When I read stories that focus on those kinds of things, it helps me to see the problems I’m facing in a different perspective and gives me the determination to keep working on them. But even if fantasy is less character oriented and more plot focused, that doesn’t mean there’s not character development happening. The characters are changed through the things they experience and the choices they make on the adventure. They have to win their own battles inside before they can help win the battles going on in that world. 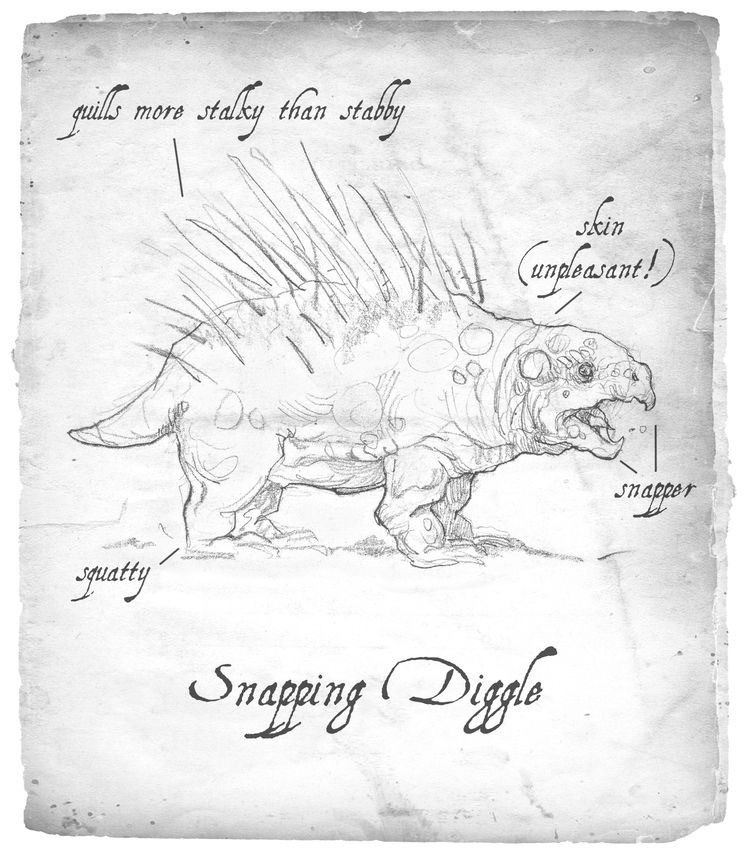 Dragons. Fantasy sometimes contains Dragons. That alone would probably be enough to convince me to read it, but could just be because I like dragons more than the average person. There’s something so mysterious and interesting about Mythical creatures, and especially dragons. I think part of what makes them so neat are some of the same things that make people fascinated with dinosaurs – how HUGE some of them are, how beautiful they can be, and how they’re completely unlike any creature on earth at this current time. As foes, dragons are foreboding without being too creepy, and as allies, they’re amazing and incredible friends. Andrew Peterson’s wacky creatures are some of my favorites as well. He combines species of real animals to create new ones. Like the snapping Diggle above that seems to be part porcupine, part snapping turtle. In addition to new animal types, fantasy worlds often contain other non-human intelligent beings. Dwarves, Elves, Gnomes, Hobbits, Fawns… they each have different abilities and cultures that make these stories stand out, and become more complex. They don’t always get along with each other but have to learn to work together to defeat the real problems in their world.

The Battle Between Good and Evil

Another of my favorite components of fantasy are the battles that often make up the climax of the story. I enjoy action/fighting scenes, as long as they’re not too violent, and they serve an actual purpose in the story. All the fancy moves of sword fights are especially fun to imagine. The physical conflict between the villains and heroes of a story is a visual representation of the battle that’s going on all the time. All the decisions the characters made throughout the book helped either one side or the other, even though they may not have realized it. Fantasy reminds me that the same things are going on in the real world. There is a spiritual battle going on that we can’t see, but reading about characters standing against evil helps me to stand against it too. The characters that get pulled into the adventure aren’t anyone super special. They’re sometimes scared, rash, or weak. They make lots of mistakes. But they still have a choice of what part they’re going to play, even with their weakness. The heroes are often hopelessly outnumbered, things keep getting worse and worse for them, but in the end, the darkness is ALWAYS defeated.  Yes, I love the suspense and the epic battles of fantasy. But what I love the most about it is that every time I finish a series, God uses it to show me that no matter how hopeless the situation was, or how invincible the evil was, Truth and Goodness will have the final say.

Sam: “I know. It’s all wrong. By rights, we shouldn’t even be here. But we are. It’s like in the great stories, Mr. Frodo. The ones that really mattered. Full of darkness and danger, they were. And sometimes you didn’t want to know the end. Because how could the end be happy? How could the world go back to the way it was after so much bad had happened? But in the end, it’s only a passing thing, this shadow. Even darkness must pass. A new day will come. And when the sun shines it will shine out the clearer. Those were the stories that stayed with you. That meant something, even if you were too small to understand why. But I think, Mr.Frodo, I do understand. I know now. Folk in those stories had lots of chances to turn back, only they didn’t. They kept going. Because they were holding onto something.”

Frodo: “What are we holding onto, Sam?”

Sam: “That there’s some good in this world, and it’s worth fighting for.”

Fantasy stories are these kinds of stories for me. The ones that stay with me, and mean something, even if I didn’t understand why at first. The ones where flawed heroes overcome evil. The ones that cause me to hear the Voice that is unable to be silenced, the Voice that roars “The Darkness will pass! A New Day will come! And when the sun shines, it will shine out the clearer!”

This article was written by Audrey L., Staff Blogger for The Elven Padawan, and first appeared on ElvenPadawan.com

4 thoughts on “Experiencing a Different World”